The Bombing of Tudi Gong

I was recently lucky enough to experience one of the very local, very folkish Taiwanese religious festivals.  On the last day of the Lunar New Year holiday, a certain neighborhood in Neihu (Taipei City), Taiwan celebrates the Earth God, Tudi Gong (土地公).  For more than one hundred years, the local business have prayed to this Daoist God for wealth and a prosperous new year.

The do this in a way that might seem quite odd to most people.  They pile boxes and boxes of firecrackers on his palankeen (yeah, that’s a new word for me, too), and then basically do their best to blow him up.  They do this over and over again in front of all the neighborhood business all night long, making for quite a spectacle. 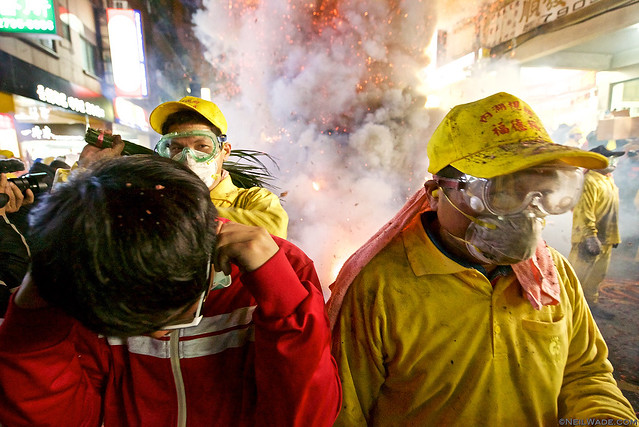 The Bombing of Tudi Gong is a Daoist religious festival held on the last day of the Lunar New Year Holiday.

Tudi Gong is the God of the Earth.  He’s everyone’s local God and the most approachable of the heavenly deities.  In older times, every village would have a temple dedicated to him and pray to him in times of drought or famine.  He’s actually still quite popular in Taiwan and shrines to him are quite common.

After a bit of research, I haven’t been able to find out why he likes to have firecrackers blown up all around him, but I don’t really care, it’s a lot of fun anyway. 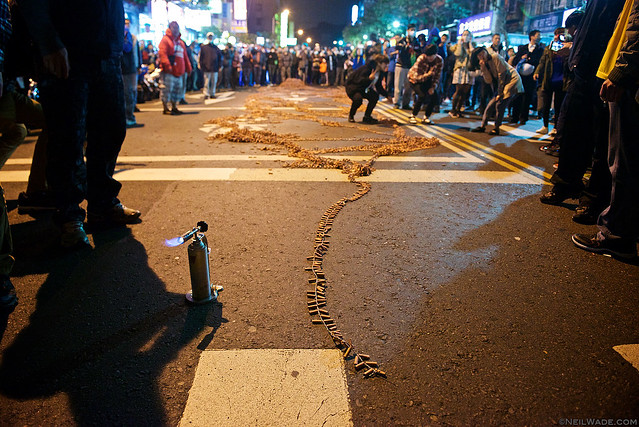 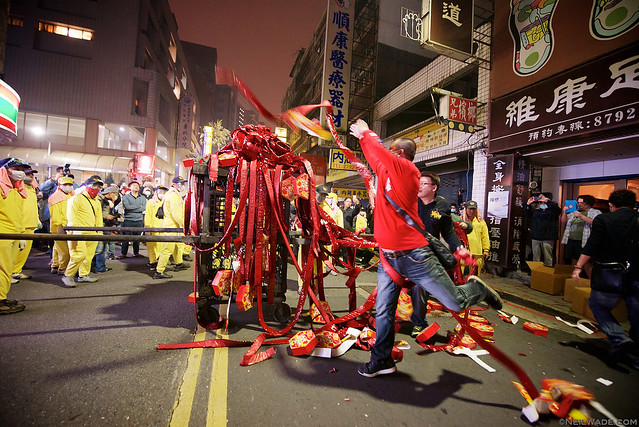 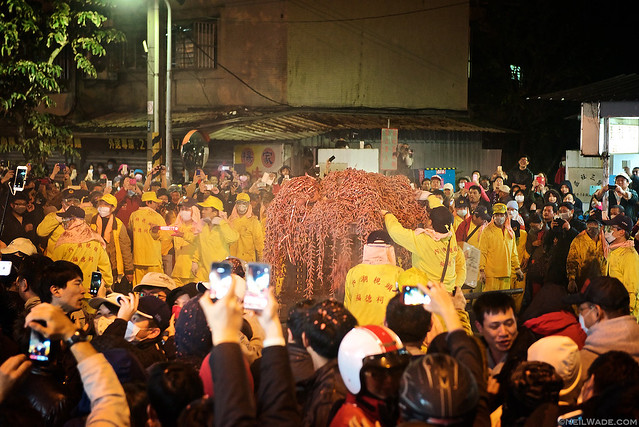 “I don’t think that’s enough. Maybe we should add some more.” 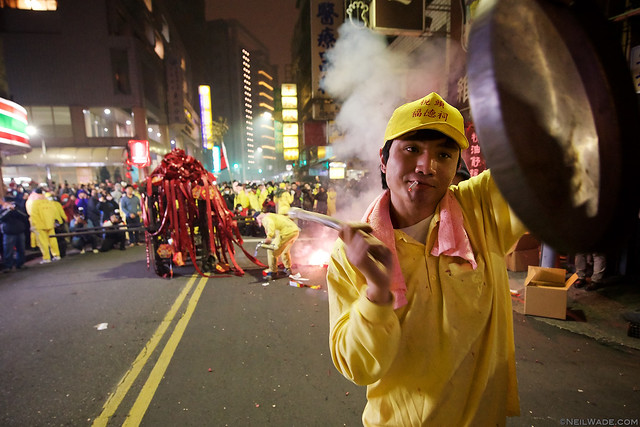 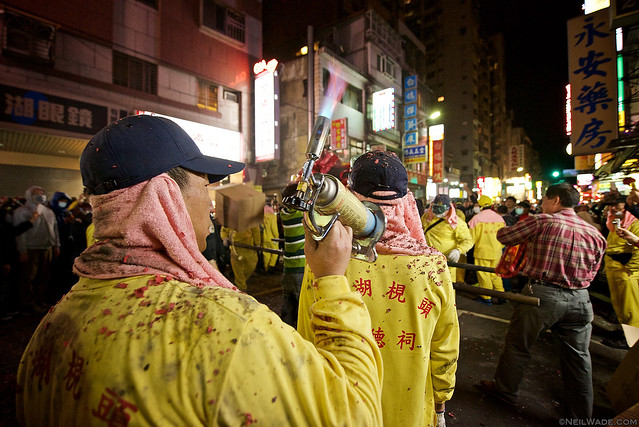 This guy’s got the greatest job in the world. 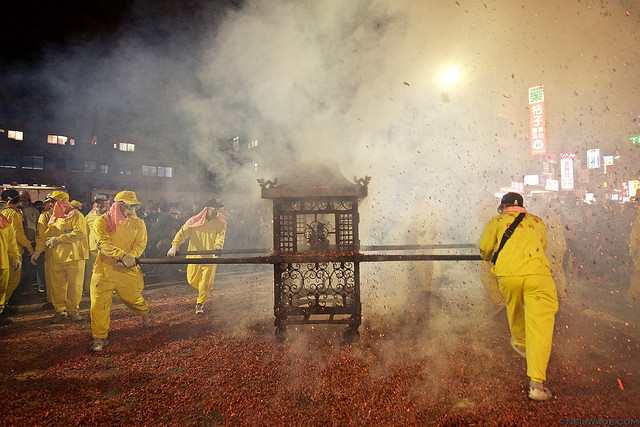 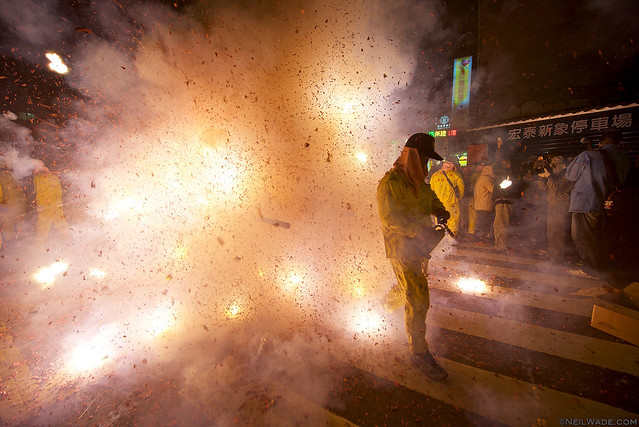 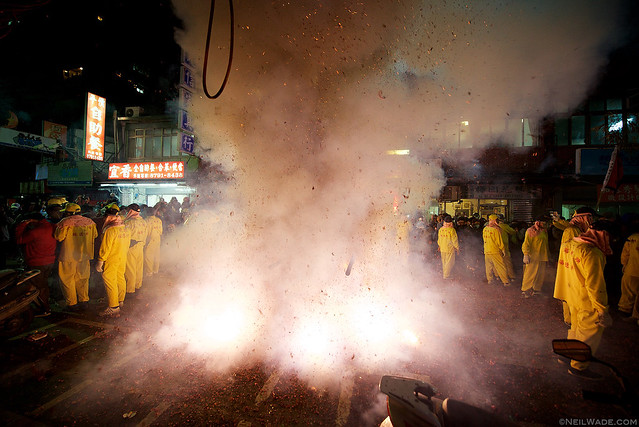 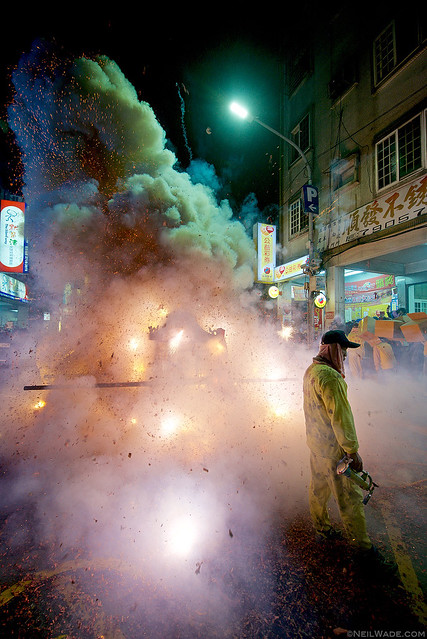 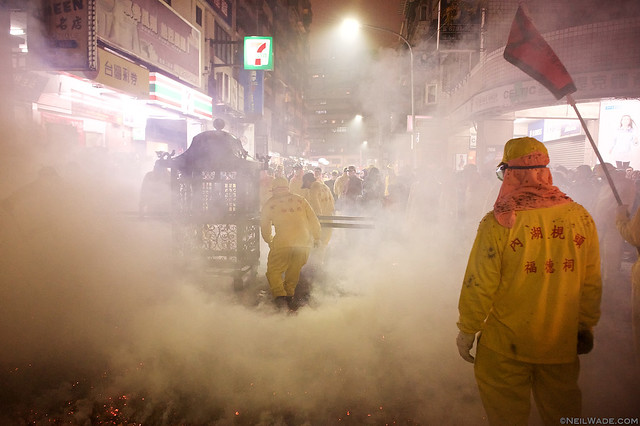 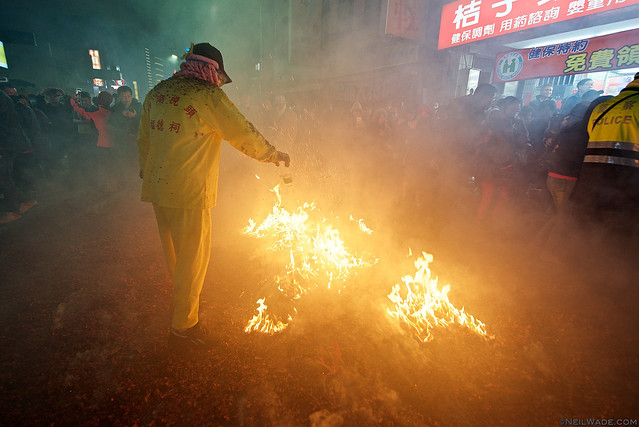 Don’t worry, the fire department was there. 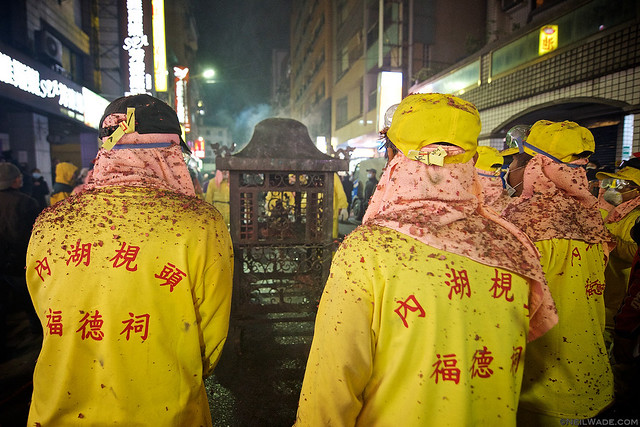 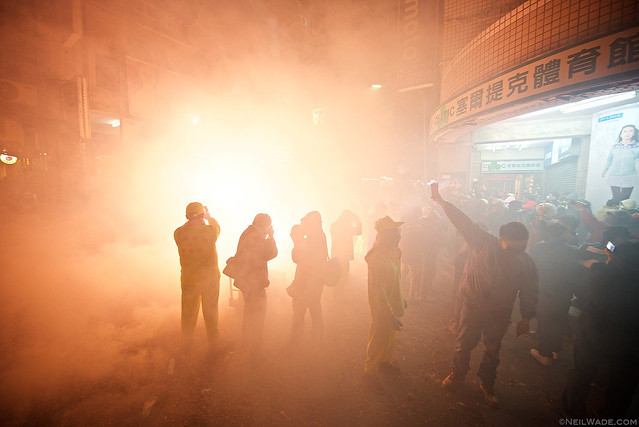 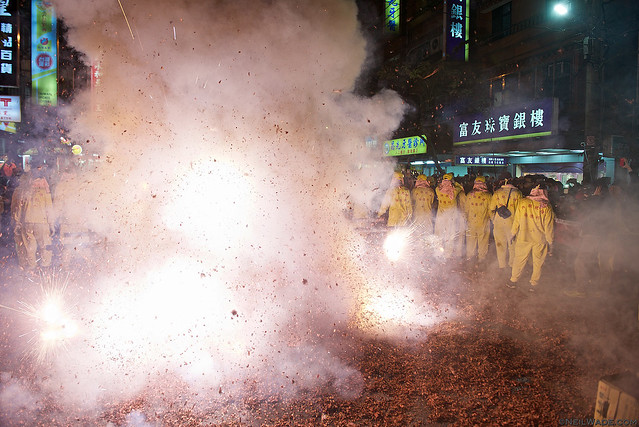 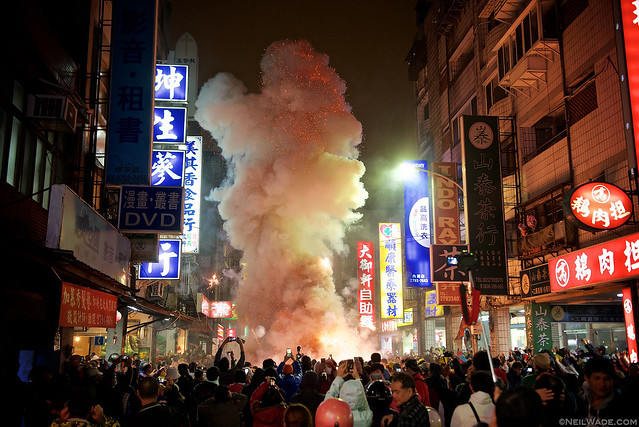 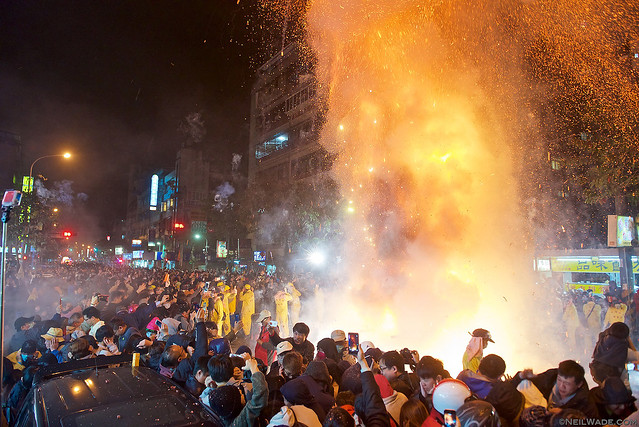 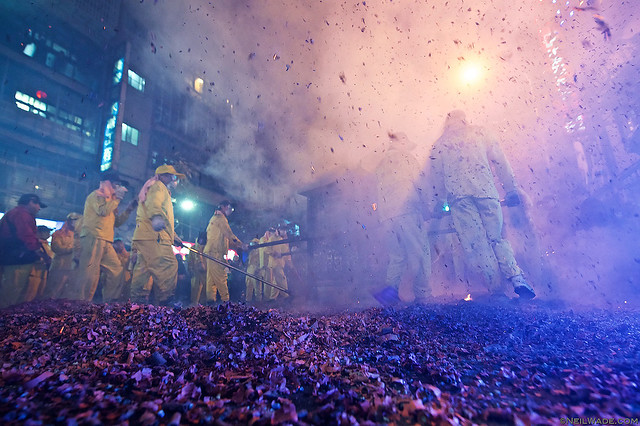 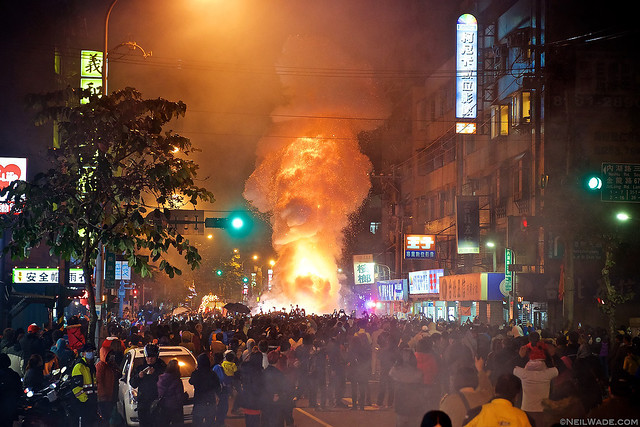 The Bombing of Tudi Gong from Neil Wade on Vimeo.

2 thoughts on “The Bombing of Tudi Gong”

Welcome to Taiwan photographer Neil Wade's not-so-personal, personal blog. The message I portray in it tends to wander from time to time but is always representative of my personal love for photography.

If you would like to dive deeper into my corporate and editorial work, have a look at the portfolio section of Taiwan photography website.

You can also search here for stock images from Taiwan.